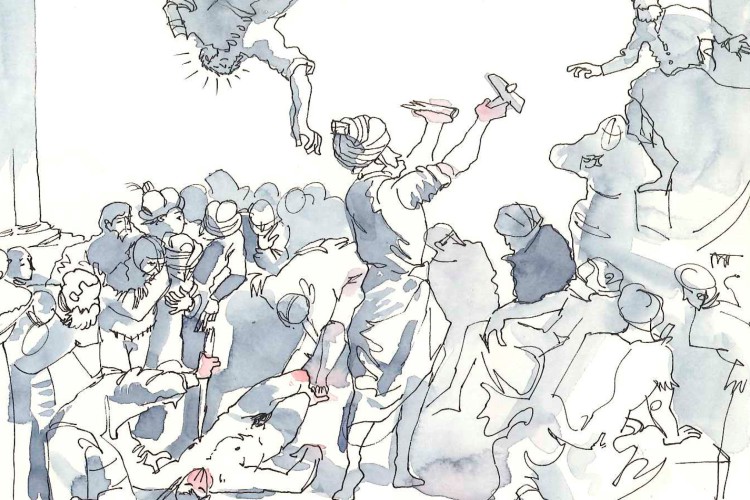 I wanted to share some sketches I made during my stay in Venice in 2015. There are drawings made at the ‘Galleria dell’Accademia di Belle Arti’, the ‘Scuola grande di San Rocco’ and the ‘Galleria Internazionale d’Arte Moderna Ca’ Pesaro’.

I show two pages which represent ‘San Marco libera uno schiavo’ by Tintoretto and ‘Convito in casa di Simeone’ by Bernardo Strozzi. Discovering the work of Tintoretto in such a huge format made an impact on me and it was a great experience enjoying the compositions by this master. 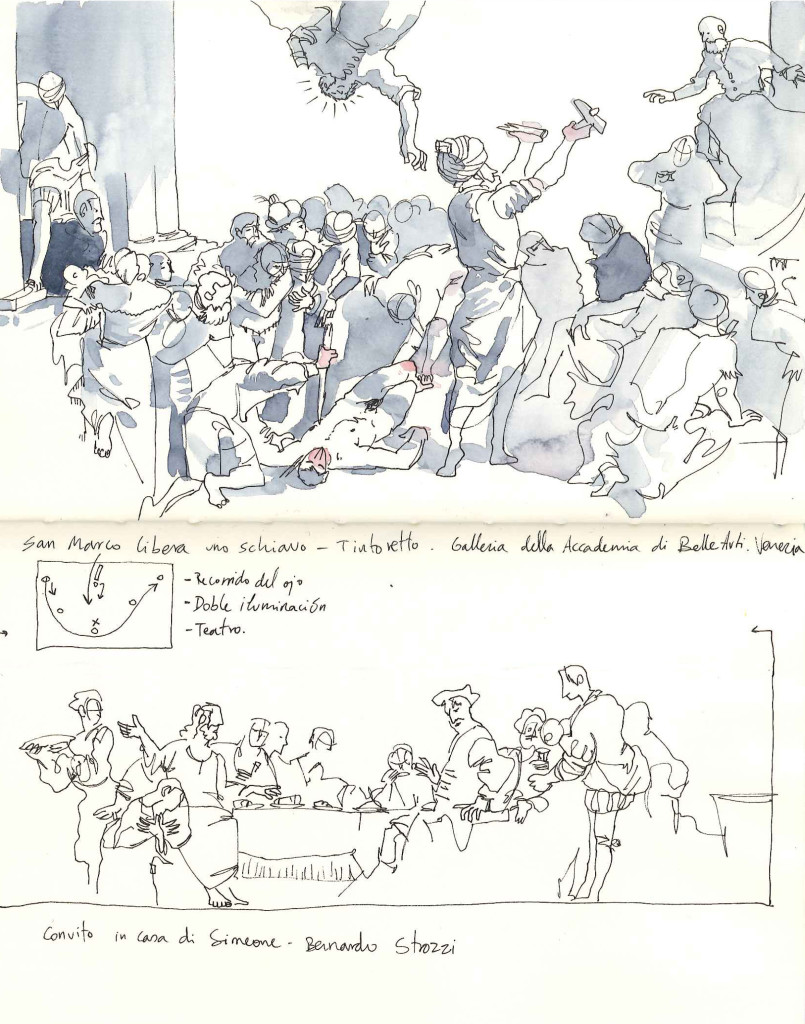 From Tintoretto, I like not only his brush-stroke, use of colour and ‘chiaroscuro’, but his original and intelligent compositions, where the disposition of the figures create a very interesting movement that guides the spectator´s eye along the points of interest. The story representated is curious, the patreon (up-right) ordered the sacrifice of his slave (down, lying and naked) because of his bad behaviour. San Marco (up and ‘flying’) prevented the death of the slave by breaking the stakes when they tried to kill him, so one of the figures, shocked by the miracle show the broken stakes and hammer to the patreon, who is also shocked.

I love the diagonals in this composition and the dialogue between the different figures, besides the brave composition by Tintoretto, placing San Marco in such a strange place and position in the format would have been very adventurous for its age.

The following is a speed sketch I made from ‘Abel e Cain’, also by Tintoretto, where I am interested in the violent movement. 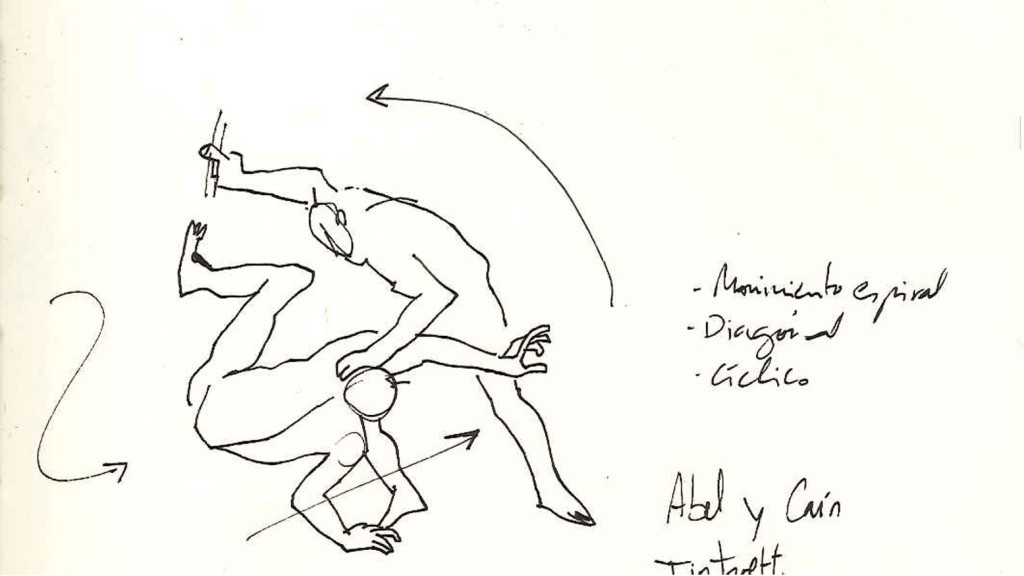 I made this other speed sketch at the ‘Scuola Grande di San Rocco’, it is the ‘La strage degli inoccenti’, by Tintoretto, where I continue my interest for the compositive study full of strength, movement and violence. Honestly, this painting was one that made the most impact on me. 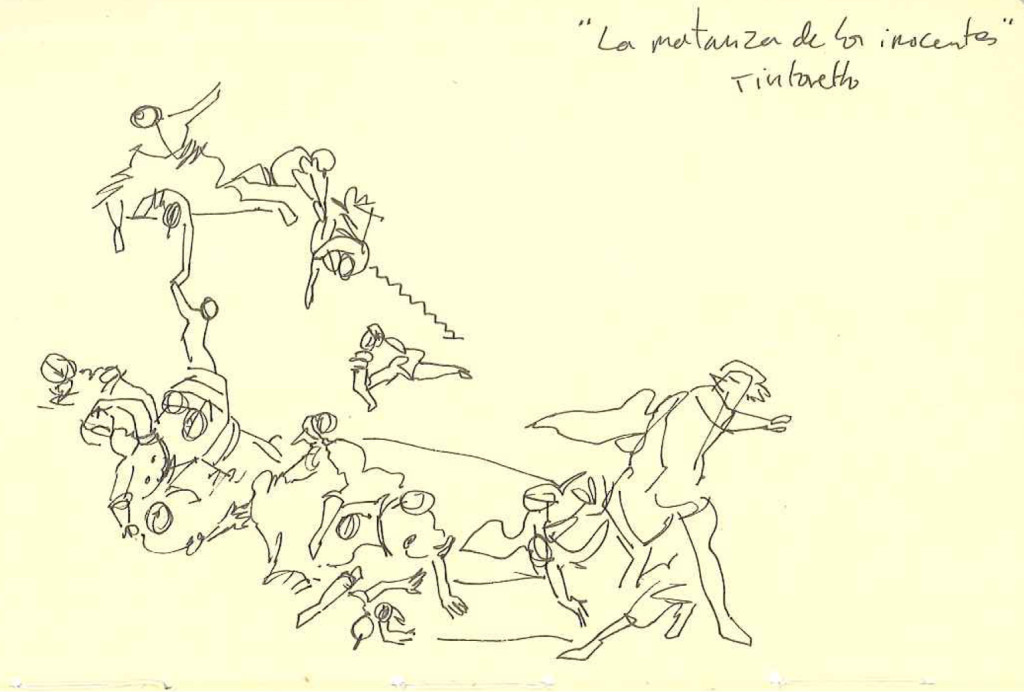 ‘Lo scoppio del cassone’ by Giovanni Fattori was the only one I made at the ‘Galleria Internazionale d’Arte Moderna Ca’ Pesaro’. I am especially interested in the works full of violent dynamism, I find them very inspiring because the strength and vitality they emit. You can learn a lot from them and they can form a useful reference. 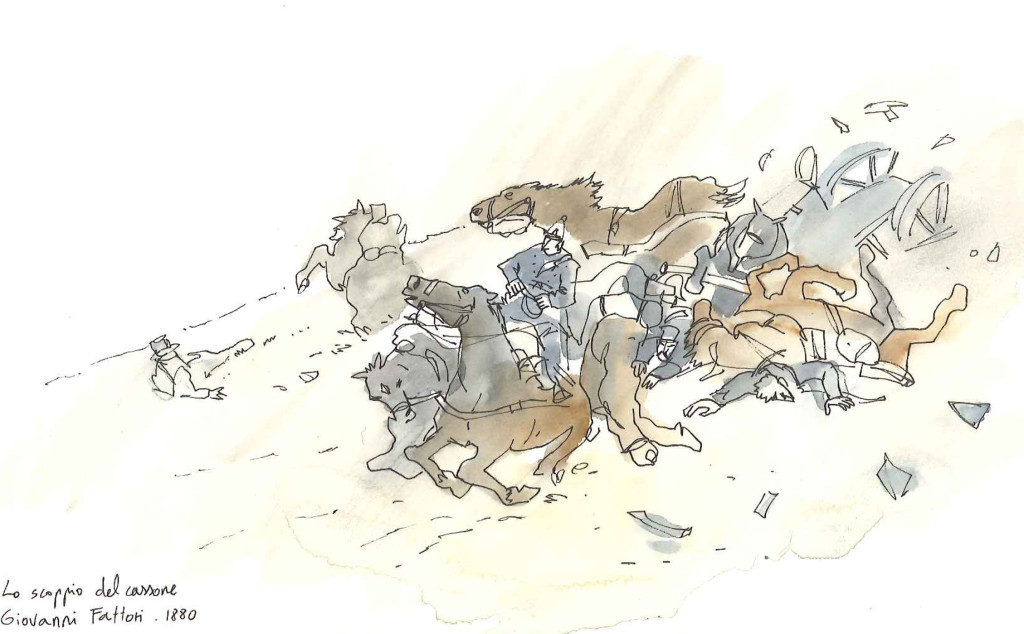 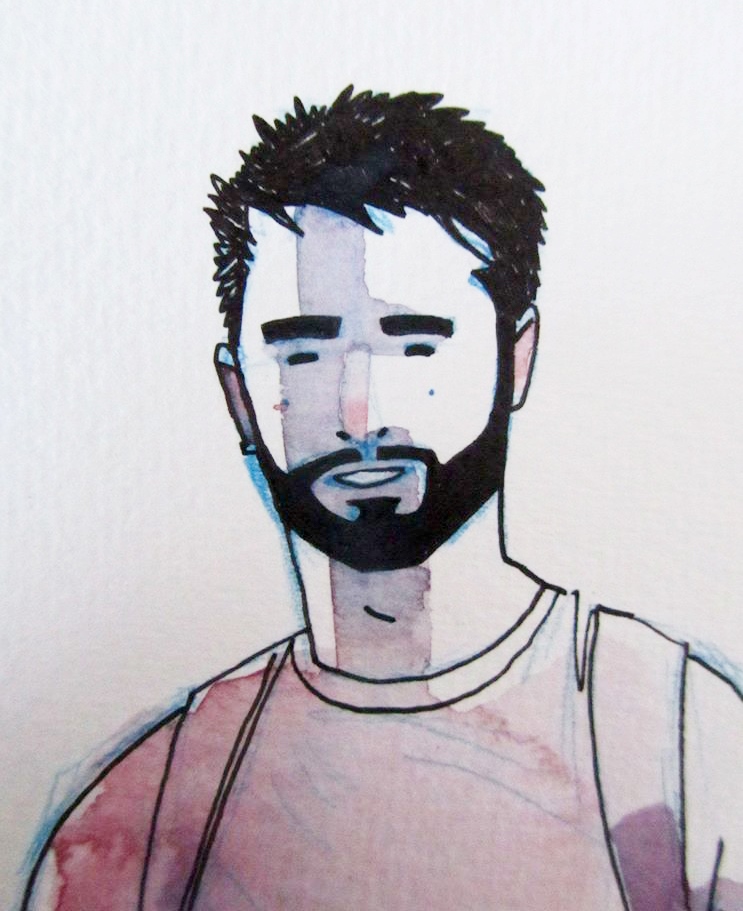 “I am José Luis Tejero. This blog is a space for me to share my thoughts and inspiration, my favourite authors, techniques and any other interesting news relating to the world of illustration, drawing and art in general”